At the beginning of the year the Naisa Hotel opened its doors in Palma de Mallorca with a double objective. On the one hand, become the flagship of the Protur hotel chain. And on the other, to take a place in the competitive scene of urban hotels in Palma. Eleven months have been enough to say that this double bet has been a success.

A privileged location between the historic center and the neighborhood of Santa Catalina and a groundbreaking and innovative design have been its main assets to achieve it. And in this second chapter, Cifre Ceramics and collection Xlife have been essential. From the hands of Santandreu Sureda, distributor on the island of Mallorca, the Onda firm has added design and ceramic quality to this boutique hotel.

The establishment’s commitment to ceramics is noted by the naked eye. And it is that the Nexus and Granite series (both in size of 60x120cm) are the main protagonists of the ventilated facade with hidden staple. The mixture of the two series and the two colors along with the large screen helped to the hotel Protur Naisa show its personality in an environment already monumental.

The facade was also one of the great challenges of this architectural project. On the one hand, by the combination of pieces of two colors with different volumes. On the other hand, from Protur they placed great emphasis on the importance of formats, so special cuts had to be made to achieve the desired shapes. 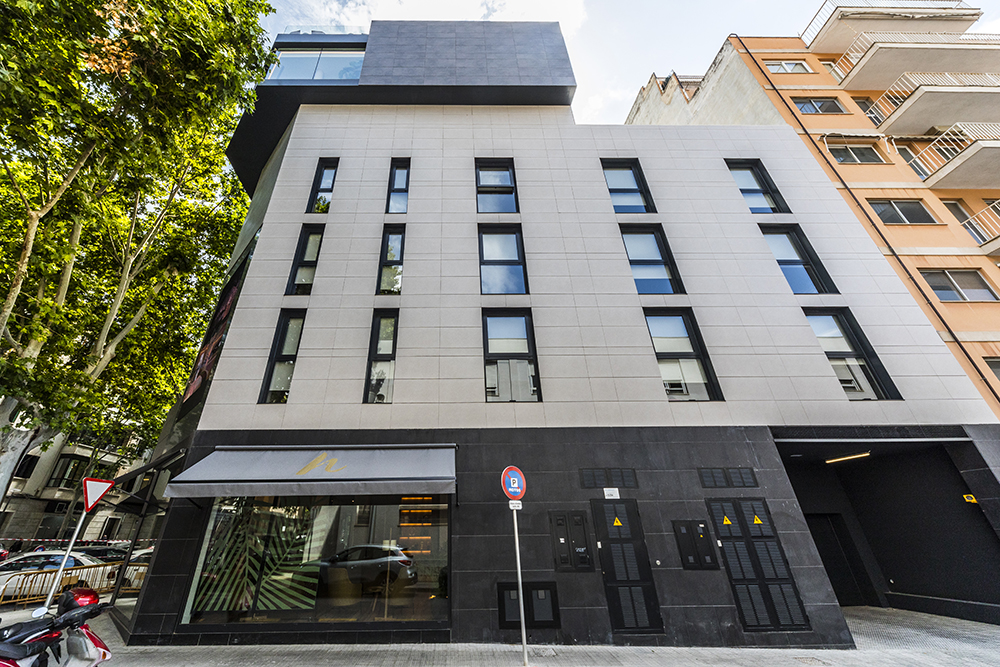 From the facade to the noble floor of the hotel. In this case, the Nexus Pearl series has been responsible for providing elegance and breadth to different environments . Especially noteworthy are spaces such as the dining room and the bar, where three formats of the same series are combined: 120×120 for the floor, 120×60 cladding and the 120×260 ceramic sheet for coating. 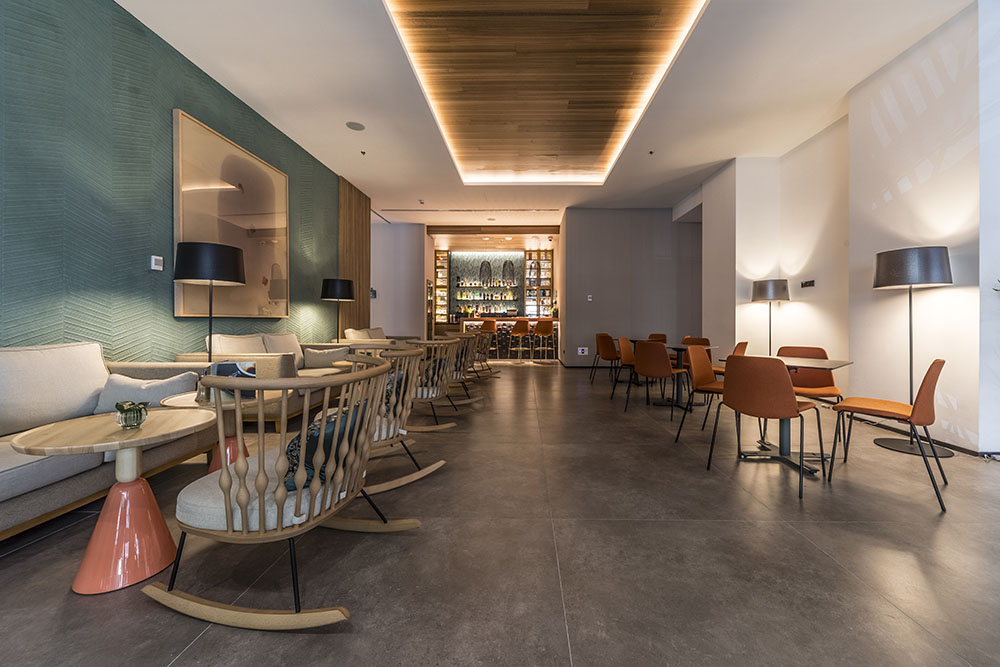 Finally, the Granite series, with the Granite White (60×120), is the main protagonist both in interior corridors of corridors and bathrooms throughout the hotel and in the covering of the toilets. 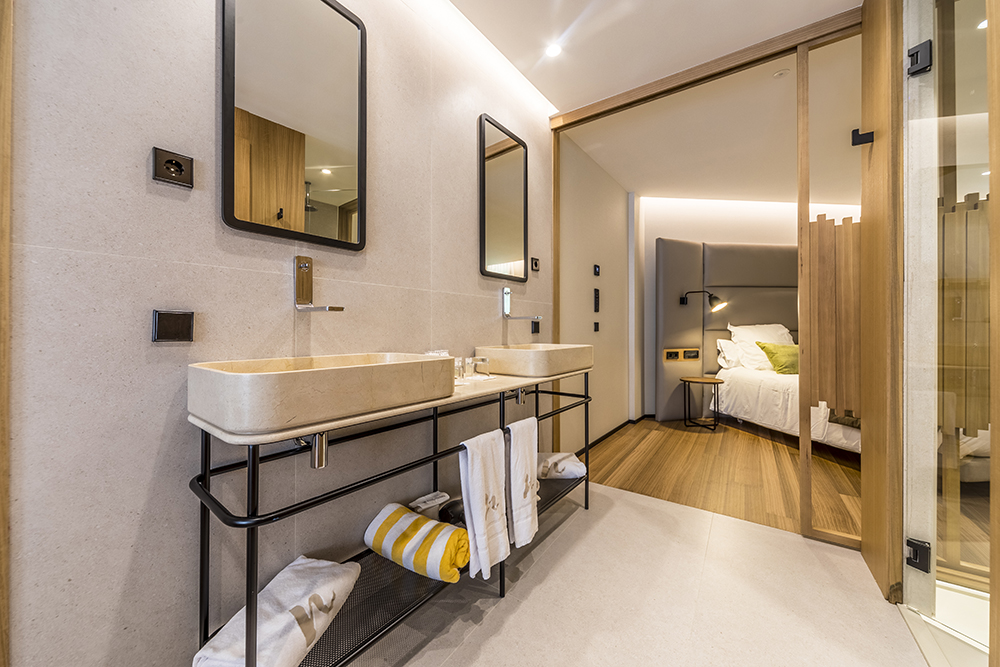 In short, the use of ceramics at the Protur Naisa hotel is the perfect example of the benefits that large-scale ceramics can bring to architecture and interior design projects. Spaces that bring elegance, at the same time that convey a feeling of spaciousness and comfort without losing a cozy point.

Cifre Ceramica, Argenta and Pamesa have joined forces to achieve second place in the world ranking for ceramic turnover